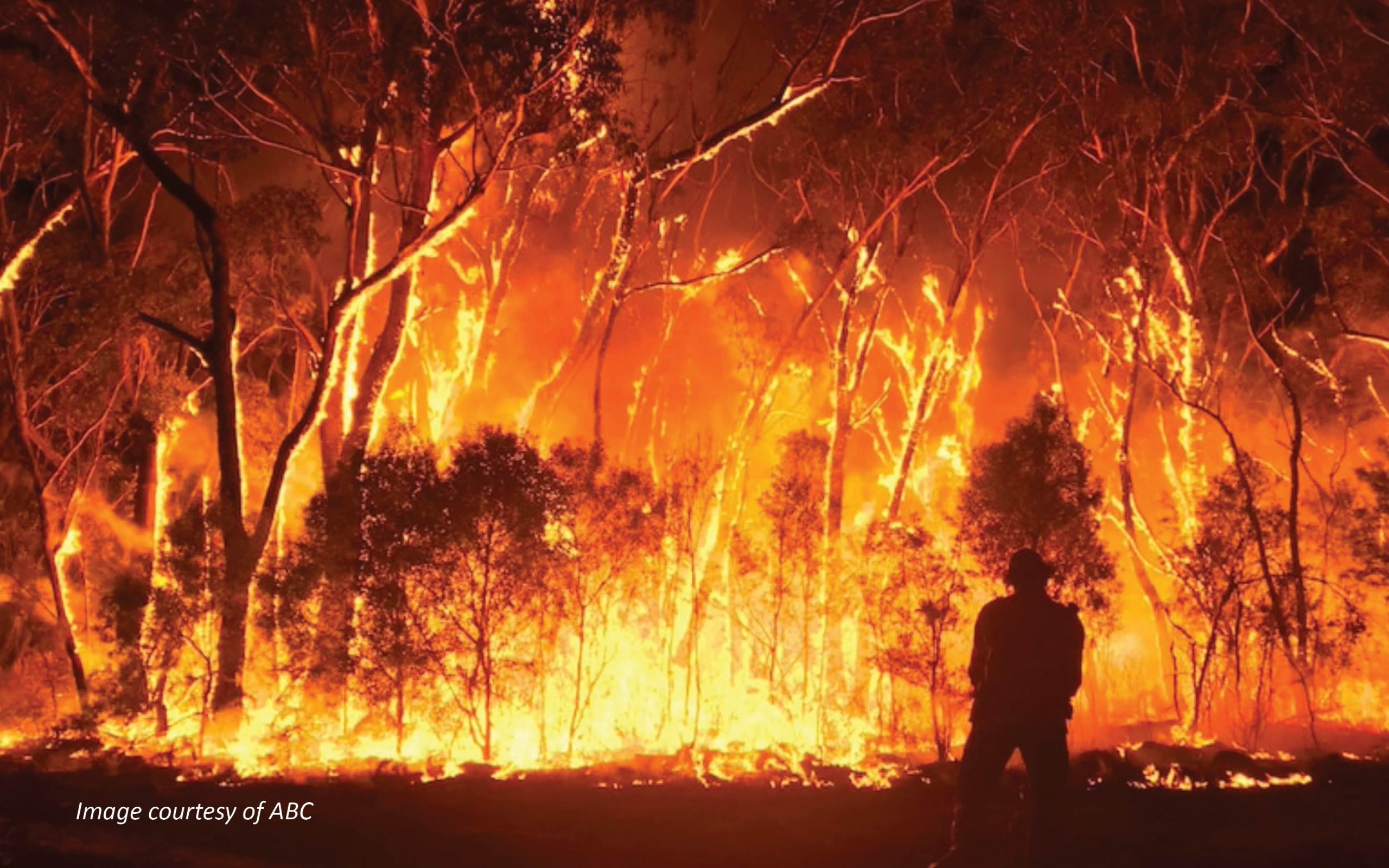 The 2019-2020 bushfire season was one of the worst on record. Known as black summer, the fires burnt:

It is estimated that 80% of Australians were directly or indirectly affected by black summer. However, many people are still unaware of Bushfire Attack Level (BAL) ratings and their implications.

BAL ratings were introduced in 2000 to measure the severity of a building’s potential exposure to ember attack, radiant heat, and direct flame contact. A property, site or asset is assessed according to six BAL ratings that govern the applicable construction standards, e.g., BAL29 involves protecting the building from an incident radiant heat flux ≤ 29 kW/m2. More information on how the BAL construction standards comply with the Building Code of Australia can be obtained in AS1530.8 (fire test standard) as well as AS3959 (the application standard).

As fire safety engineers we can assist design teams to navigate the nuances involved with product fire testing and the wide range of available ratings and classifications. Consequently, BAL ratings are not the only ratings to be aware of. One of the most important ratings to understand is Fire Resistance Level (FRL) ratings that play an important role in passive fire protection. An FRL rating quantifies the structural adequacy, integrity, and insulation of an element e.g., fire doors, structural members, floors, walls etc. The ratings are expressed in minutes as 60/60/60 for example. This means the element will carry a predetermined load under fire conditions (structural adequacy) for 60 minutes, restrict the passage of flame and hot gasses (integrity) for 60 minutes, and limit the temperature rise on the non-fire side (insulation) for 60 minutes.

Similarly, the Resistance to Incipient Spread of Fire (RISF) quantifies the ability of a ceiling to limit the temperature rise in a ceiling cavity. The intent is to limit the ability of a fire to spread into the roof space, circumventing fire-resistant walls, e.g., RISF 60 means the ceiling below the roof is provided with a resistance to incipient spread of fire rating of 60 minutes.