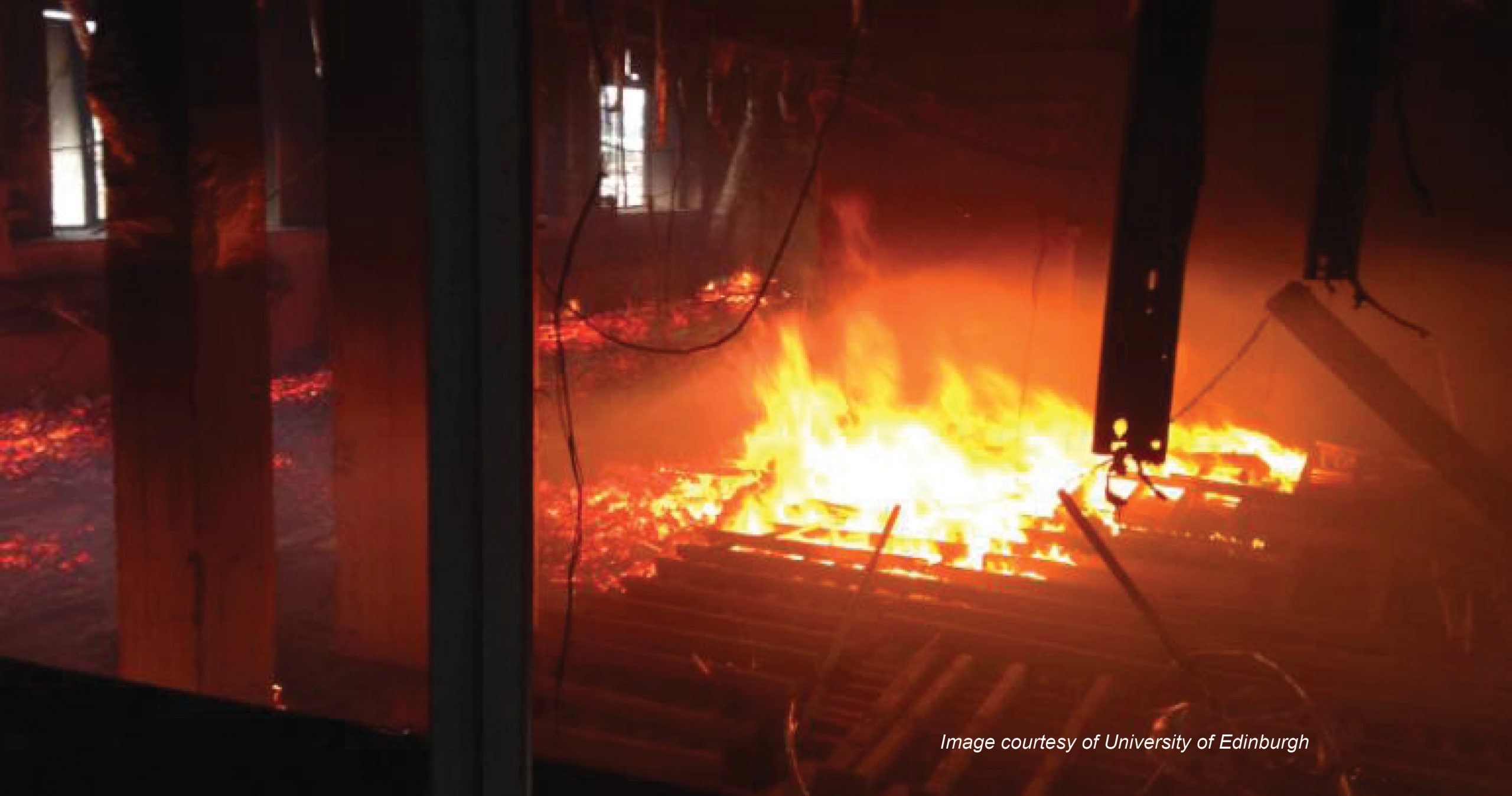 Fire is amongst one of the most severe environmental conditions to which structures may be subjected; thus, the provision of appropriate fire safety measures for structural members is an important aspect in the design of buildings and built infrastructure. This requirement is based on the fact that when the other measure for containing the fire fails, the structural integrity and stability are the last line of defense (Ventatesh K.R Kodur, 2020).

An accidental fire in a building can result in the failure of its structural members or elements as upon heating, the load-bearing capacity of structural members reduces with the increasing temperature (Jose L. Torero, 2004). Structural fire engineering ensures that the structural members, irrespective of whether they are steel, timber, or concrete, are able to maintain their structural integrity during a fire condition. The structural integrity is considered to be met when the load bearing elements of the structure of the building are capable of withstanding the effects of fire for an appropriate period without the loss of stability. The loss of load-bearing capacity is the sole failure mode addressed by structural fire engineering while the other performance criteria are assessed by the fire resistance framework. Structural fire engineering generally follows the same approach as the structural design under ambient conditions. However, as a severe fire in most buildings is a statistically rare event, the load (α), and resistance factors (Ø) in fire limit state design change to reflect this fact (David Lange, 2019). The main differences in the structural analysis under fire condition to the typical structural analysis in ambient conditions are (David Lange, 2019):
To design a structure under fire, it is vital to have an understanding of the terms, fire resistance, and fire severity. Fire resistance is the ability of a structure to resist the collapse, fire spread, and the other failure mechanism whereas fire severity is a measure of the destructive impact of a fire which can result in structural collapse and other failures as a result of a fire (A.F. Robertson, 2018).

At Sotera, the engineers hold a deep understanding of heat transfer, fire dynamics, and structural engineering which can help deliver optimal and rational fire resistance designs. The team possesses expertise in fire
safety/structural engineering which is crucial for the application of current provisions in codes and standards to practical situations. The team is capable of carrying out time equivalency calculations to rationalise the FRL’s of structural elements, optimisation of structural element size using finite element analysis, and thermal calculations of structures in fire using heat transfer/balance.

In addition, the fire engineering team at Sotera can help provide the following benefits: